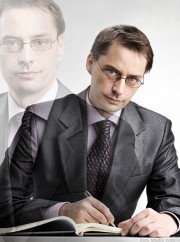 2015.I - until now, Action Nederlands B.V.
Working as a an Internal transport worker.


2013.IX - 2014.VIII, AISystems Sp. z o.o., City of Poznan, Poland.
I performed successfully the role of an assistant / coordinator within the project co-financed by the EU. Duties involved :
administration of office, drafting of motions and answers, as well as contracts for employees, drafting of licence contracts; translation of various documents; searching for information withe Net; liaising with institutions/bodies (including but not limited to the Ministry of Administration, OLAF, PARP) .

Sep 2010 – Dec 2010, Holicon Call Center ,City of Poznan, Poland
I was a member of the group dedicated to service incoming calls for the Netia Internet Service Provider. I helped customers with technical problems most of the time.

Aug 2009 – July 2010 , Selgros Cash&Carry , City of Poznan, Poland
Duties:
An assistant to the Managers and a member of the Customer Service Department.
I was responsible for performing lots of different tasks which involved in particular sales,
administration, invoicing.

2009 – 2012, High School of Management and Administration ( WSZiB ), City of Poznan, Poland.
I graduated with Bachelor degree in Public Administration.

I am looking for a 3 - 6 month's time contract as an assistant in legal / management department or as an IT serviceman / expert.