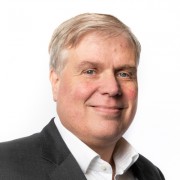 Connected Loyalty Boxtel 02-01-2012 till 02-01-2014
Owner, Business Development
Define, establish and start a new company, Connected Loyalty, that aims to remove all plastic cards from your wallet. Designs finished, life demonstration and organisation established. Halted due to financing problems at the third round of financing.

Vodafone - Sixpack Utrecht 01-09-2010 till 01-07-2011
Programme Director
Establish a programme for the Sixpack initiative. The initiative aimed to introduce mobile payment services in the Netherlands. The three main operators and the three main banks established an independent entity, called Sixpack, to develop the service and introduce it to the market.
Programme defined and started where 6 companies worked together with the central organisation Sixpack. Designs ready and RFI/RFP processes finished.

Vodafone Son 03-09-2007 till 31-08-2010
Head of (General Manager) Enterprise Technology
Define, specify and build an FMC solution for Vodafone the Netherlands.
Wrote a 5 year plan together with colleague from Marketing with an estimated turn-over of 100m euro and a budget of 40m euro was approved by the board and later also by the board of Vodafone Group. Team size: 35 people.
Organisation established and the service launched in the market.

Vodafone Group Beijing 01-01-2005 till 31-08-2007
Director R&D China
Select a location for a new R&D centre in Asia after a study of three years. After approval by the board of Vodafone Group, established a new company in Beijing with an initial budget of 10m euro and a running budget of 3m euro.
Define the long term programme primarily around 4G, hire people and get the company running.

Libertel Maastricht (became later Vodafone) 01-01-1999 till 31-03-2001
Manager R&D
Establish the new department. Define the programme and lead projects.
Provided advice to the board for the GSM1800 and UMTS auctions and researched service opportunities on top of voice - rich voice services.